My 3D and Stereoscopic Photography
Previous
Next

It is fair to say that there has been an explosion in photography in recent years due in no small part to the popularity of smartphones with their attendant built in cameras. Although I think the quality will not match the print quality of an image taken on a DSLR for example there is no disputing that on screen a smartphone can produce high quality images. It is therefore very promising to find 3D stereophotography apps available in the App Stores. My own phone is an Android phone and I can recommend the 3D Steroid and 3D Steroid Pro app.

The app works by using the sequential method, (single images taken one after the other with sideways movement between shots to create the left and right images). The app is quite clever in that the first, left, image remains on screen but slightly transparent to aid the alignment of the second, right, image. Once taken there are a range of post production controls such as auto alignment which are very useful. The auto alignment works well but some manual adjustment is often necessary and thankfully this is included. Following alignment there are anumber of presets which can be used to automatically create very good anaglyphs and even a setting for phones with 3D screens. For anyone that uses their smartphone for photography I can recommend without reservation 3D Steroid and 3D Steroid Pro. 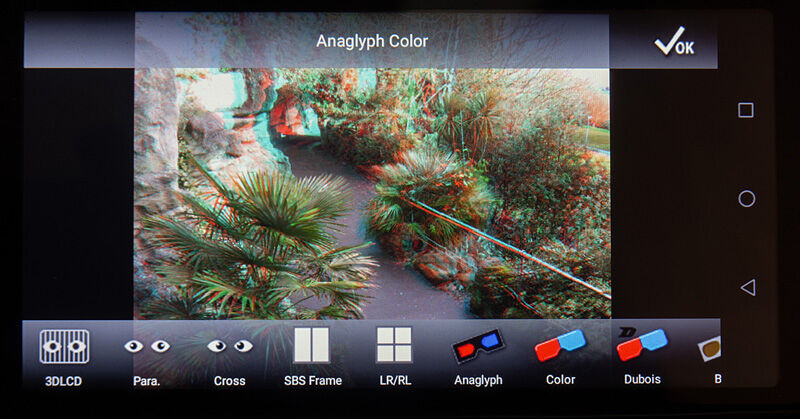