My 3D and Stereoscopic Photography
A superb piece of equipment, a must for any budding 3D photographer
Previous
Next

Stereoscopic or 3D photography is perfectly feasible using an ordinary single camera as can be seen on my website but this 'cha-cha' method where pictures are taken in sequence does mean that images with movement are virtually impossible to take successfully. Any movement taken during the time between the images gives a strange floating effect in the final 3D picture. To avoid this both images must be taken instantaneously. This is possible with a dual camera rig controlled by software but by far the easiest method is with a dedicated stereoscopic camera. I have such a camera which is the Fuji W3 shown here. 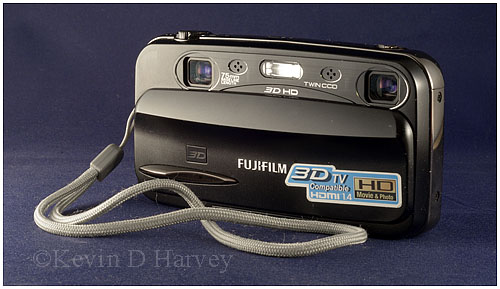 This is a digital compact camera with twin 10 mega pixel sensors. The lenses are 75mm apart thus virtually replicating the distance between human eyes, actually they are slightly further apart which strengthens the 3D effect at closer quarters. The real super advantage with the W3 is that the rear screen is actually a 3D screen viewable WITHOUT glasses. 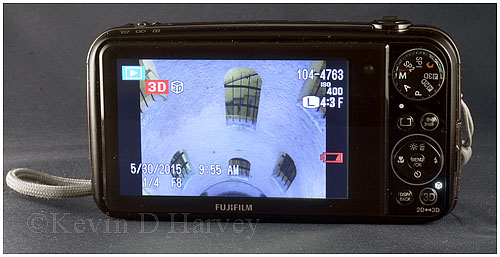 This allows you to view the taken image without having to wait until you upload your images to computer as you have to with the cha-cha method. The W3 has simple point and shoot modes and also more advanced shooting modes. I believe that Fuji have discontinued it now but if you can find one I thoroughly recommend it.
Next
Previous